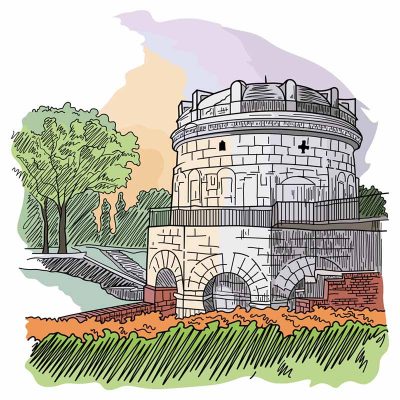 This was the moment of truth. Minerva McGonagall, seated in the middle of the long side of a large wooden table, surveyed the group who occupied the rest of the chairs, and wondered how many would remain once she revealed one of Hogwarts’ biggest secrets.

They were gathered an hour before the regular meeting of the staff, the Board of Governors, and the Ministry of Magic, so that Minerva could give this group vital information — information that might change the way they voted on the matter of the 1998-1999 curriculum.

They were seated in Classroom 12 because it was one of the few spaces in Hogwarts that had no portraits of any kind. In other words, no spies.

There were also two new hires: Professor Justin Thyme, a pale man with an angular face, replacing Cuthbert Binns for History of Magic after his mysterious disappearance, and Professor Theo Hardway, a muscular Black man, taking over Muggle Studies from Charity Burbage, who had been personally murdered by Voldemort.

Minerva had yet to replace herself as Professor of Transfiguration, and there was no instructor for Defense Against the Dark Arts. Minerva hoped that Voldemort’s death had broken the curse on the Dark Arts job so that she wouldn’t have to fill it every year.

There were also pupils at the table, the eighth-years who had been tapped to tutor the primary students: Neville Longbottom for Herbology, Hermione Granger for Mathematics, Parvati Patil for Divination, Tracey Davis for Astronomy, and the team of Ronald Weasley and Terry Boot for Magical Games.

There were two notable absences among the pupils. The absent students were the ones Minerva needed to discuss.

All eyes were on Minerva. Gathering all of her Gryffindor courage, she began.

“I have called you together to tell you something you will find difficult to hear. I do not share this information lightly, as it was Professor Dumbledore’s wish that it never be told. However, circumstances require me to break my silence.”

She paused and looked around the table as the group exchanged nervous glances. Satisfied that they understood the gravity of the situation, she soldiered on.

“You will notice that two of the eighth-years who have been nominated to tutor our primary students are not among us: Seamus Finnegan and Serena Serpentia. They are the reason I am speaking to you. You have heard me say before that Serena Serpentia is unfit to take on this job — that, in fact, she should not return to Hogwarts. Today I must give you my reason.”

She took a moment to gather herself and make a mental apology to Albus Dumbledore.

There! She’d said it at last. She waited for an outcry. It never came.

The new professors looked surprised, but everyone else just sat impassively, as if they were waiting for her to say something more. Finally, Aurora spoke.

“This is what you wanted to tell us, Minerva? This was the big secret?”

Pomona said, “Oh, surely not — there’s something else, isn’t there, Minerva?”

Minerva wasn’t sure what kind of reaction she’d been expecting, but she knew it wasn’t this.

“I should think this is quite enough of a revelation!” she sputtered. “A demon at Hogwarts!”

The group exchanged glances with each other.

Minerva was nonplussed. “Have you nothing to say?”

“Well, you see, Professor….” It was Neville. “The thing is, we already knew.”

Minerva couldn’t stop her jaw from dropping in surprise.

Unable to say more, she gestured at Neville.

He said, “I began to wonder about Serena last year — this was before she was helping Dumbledore’s Army — so I asked Professor Sprout about her.”

“You knew, Pomona? And you told a student?” scolded Minerva.

“Well, Serena’s cousin Asmodeus is a demon, so it stands to reason that she is, too. I assumed she liked to keep it quiet — I didn’t realize it was considered a great secret!”

Minerva saw the other teachers nod in agreement with Pomona. Minerva was flabbergasted.

“Did you all know about Asmodeus Serpentia?”

“Really, Minerva!” exclaimed Filius. “It was very obvious. He tried to blend in, but it was too hard, coming from America in his fifth year — he didn’t know which traditions were wizard and which were British.”

“Did you bring this to Dumbledore’s attention?”

“I talked to Professor Snape, his Head of House. He asked me to keep it quiet, for the boy’s sake.”

“I had a similar conversation with Severus,” said Septima.

“I talked to Dumbledore,” said Rolanda, “and he made the same request, for the same reason.”

Aurora said, “I’ve never met this boy Asmodeus, but I know Serena’s parents. Miss Serpentia is only half-demon; her mother is a witch. We’re both members of the L’Association des Anciens de Beauxbatons. As for Sidney Serpentia, I’ve met him at several magical conferences.”

“I’ve never met any of Miss Serpentia’s family,” said Wilhelmina, “but I knew immediately by the way she behaves. I spoke with Horace, and he had come to the same conclusion.”

Horace mumbled an assertion behind his great walrus moustache.

She hadn’t expected Hermione Granger and Ron Weasley to be surprised by her pronouncement — it was Hermione who’d seen Serpentia Disapparate and had been alarmed enough to call Ron’s brother, the curse-breaker — but still….

She turned to them and said, “I know that you two already suspected that Miss Serpentia is a demon, but I must say I’m surprised you’re not more upset to learn that your suspicions are true.”

“Well, actually….” started Hermione. She looked at Ron, who continued,

“When my dad came to Hogwarts to see you, he heard the whole story from Snape’s portrait.”

Minerva murmured under her breath, “So that’s why he left before our meeting.”

She felt her brows knit in frustration as she turned to Parvati and Tracey and said, “I suppose she told you two herself, when she was expressly forbidden….”

Parvati continued, “Serena never said anything the whole time we were at school because her mum would have been so upset if she were expelled. Lavender and I guessed after we met her cousins at Seamus’ beach party, and since you’ve already expelled her —“ she looked accusingly at Minerva “— she said it was true. I wish we’d known before!”

“You threatened her with expulsion for telling anyone?” asked Filius incredulously.

“That was Dumbledore’s condition for admitting her,” said Minerva. “He was of the belief that demons would not be welcome at Hogwarts. Apparently he was wrong,” she said dryly.

“Hermione!” “Granger!” admonished Parvati and Tracey together, followed by Neville’s stern, “She is welcome! At least, I think so, for what it’s worth.”

Terry hesitated, then said, “If Neville thinks so, then I think so, too.”

“But at our first meeting, Mr. Longbottom,” said Rolanda, “Didn’t you express the opinion that Miss Serpentia would be a poor tutor for the primary students?”

“I did, but I never said she shouldn’t be welcome back at Hogwarts to study for her N.E.W.T.s!”

Hermione held her ground. “Demons are dangerous. They pose all sorts of threats. That’s what Bill says, isn’t it Ron, and he’s an expert.”

“Say the people who didn’t spend one day in this castle last year!” fumed Parvati.

“And how dare you, Ron!” said Tracey fiercely. “Acting nice to Serena when we’re visiting Ginny, and then insulting her here!”

“Serpentia’s been to the Burrow?” Hermione looked at Ron in alarm. “Why didn’t you tell me?”

“What’s the burrow?” asked Professor Thyme, who was new, but no one answered him.

Ron looked guilty. “I didn’t want you to get upset. She’s Ginny’s friend, after all! If Mum and Dad don’t mind, who am I to say otherwise?”

As Ron said this, Minerva was suddenly seized with fear. A few moments ago, hadn’t Ron Weasley said — yes, he had! — that Arthur had heard “the whole story” from Snape’s portrait? The “whole story” wasn’t just about Miss Serpentia — there had been dozens of demon students! Did everyone know that, too? But no one had mentioned it; perhaps they only knew about the Serpentias.

Minerva’s thoughts were interrupted by one of the new professors, Theo Hardway, who asked, “What about the other student you mentioned, who isn’t here today — this Seamus Finnegan? Is he a demon, too?”

“No!” The shout came from Ron. “I shared a dormitory with Seamus for six years, and I’m sure he’s a regular wizard. Being a demon isn’t catching — I looked it up!” He turned to Hermione. “In one of your books!”

Hermione twisted her hands together and bit her lip.

“What? What do you know?” Ron demanded.

“I have not spoken to Mr. Finnegan all summer. Therefore, this is one of my concerns.”

“Pish-tosh!” declared Wilhelmina. All eyes turned to her. “There is nothing to be concerned about! I have spoken with Mr. Finnegan, in person.”

Minerva was surprised, and a little perturbed that she hadn’t been informed. “I didn’t know Mr. Finnegan had visited Hogwarts. When was this?”

“He didn’t come to Hogwarts. I traveled to Ireland last week to offer him the tutoring job and encourage him to study for his N.E.W.T.s. Demon or wizard, he’s the same fine student he’s always been. And the same goes for Miss Serpentia!”

Fine student? Minerva thought Wilhelmina was taking this quite too far. Seamus Finnegan was a marginal student, and as for Serena Serpentia…

But as Minerva studied her colleagues faces, she saw them nodding in agreement. She remembered what Pomona had told her at the teacher’s table in the Great Hall on the day that Serpentia had so dramatically demanded to speak to Horace: that Serena had never caused Pomona a moment’s trouble in her class. And that Minerva had trouble with the Slytherins in her classes because she was “such a Gryffindor.” Her colleagues apparently had no trouble accepting Serpentia and Finnegan as students, and even as tutors.

“Well, then.” She hoped she sounded less defeated than she felt. “It appears I will be outvoted.”

“But the Board of Governors….” said Hermione anxiously. “Surely they have a right to know! And they might —“

“You’re not telling them!” said Parvati forcefully to Hermione. “It’s Serena’s business, and no one else’s!”

This got under Minerva’s skin. “We are telling them,” she said to Parvati severely, before deflating a bit and admitting, “but it won’t make a difference. They’re all enchanted by Adjoua Serpentia and her Potions camp.”

“A figure of speech,” assured Pomona, as the teachers began to gather their belongings and leave for the main meeting.

Privately, Minerva wondered if Hardway wasn’t on to something after all.